Birmingham means home of the people of the tribal leader Birm or Beorma. It is a city and metropolitan borough in the West Midlands of England, United. It is the most populous British city outside London with 1,092,330 residents and its population increase of 88,400 residents between the 2001 and 2011. The city lies within the West Midlands Built-up Area, the third most populous built-up area in the United Kingdom.

A medium-sized market town during the medieval period, Birmingham grew to international prominence in the 18th century at the heart of the Midlands Enlightenment and subsequent Industrial Revolution, which saw the town at the forefront of worldwide advances in science, technology and economic development, producing a series of innovations that laid many of the foundations of modern industrial society. Birmingham's distinctive economic profile, with thousands of small workshops practicing a wide variety of specialized and highly skilled trades, encouraged exceptional levels of creativity and innovation and provided a diverse and resilient economic base for industrial prosperity that was to last into the final quarter of the 20th century.

Today Birmingham's economy is dominated by the service sector. The city is a major international commercial centre, ranked as a beta− world city by the Globalization and World Cities Research Network, and an important transport, retail, events and conference hub. Its metropolitan economy is the second largest in the United Kingdom with a GDP of $114.3bn

Victoria Square hosts one of the largest fountains in Europe, with a flow of 3,000 gallons per minute, it is officially known as 'The River'.

Birmingham is home to the historic Bull Ring - site of a market for more than 800 years. Within the complex are five retail markets attracting around 20 million customers a year. 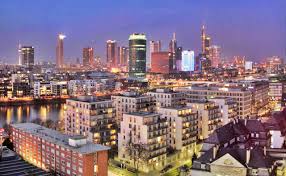 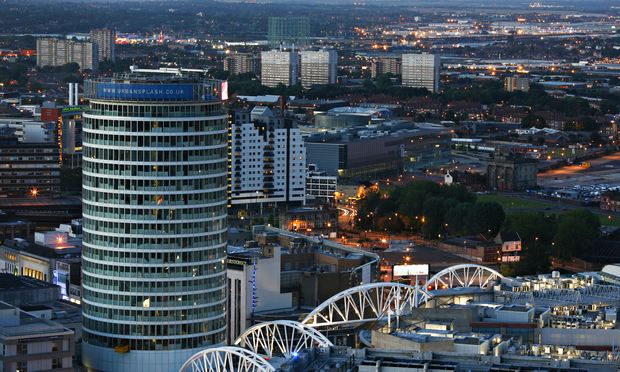 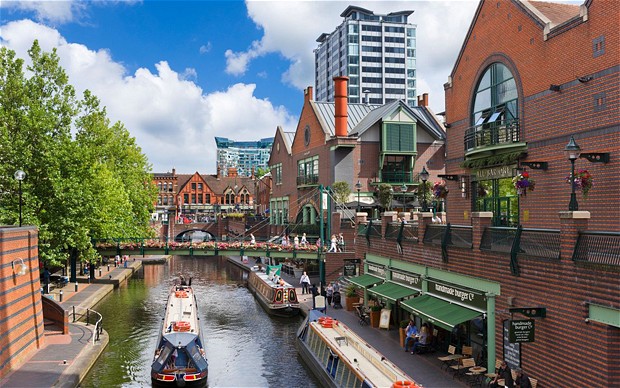 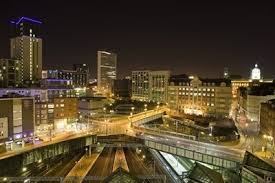 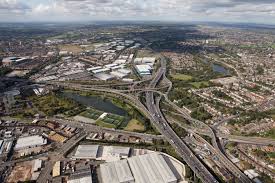 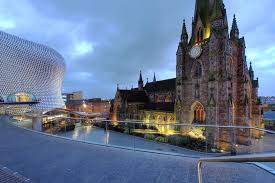 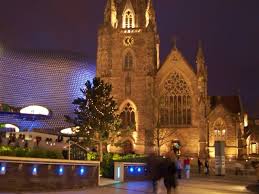